I’ve taken some screenshots of various logs and statistics regarding this website that I thought might be of some interest. Keep in mind that I switched hosts roughly a week ago in-between “real” work and toying around with a new setup. I haven’t really focused any energy into really promoting my websites – my philosophy is that if they rank great, then fantastic. If they don’t, then I have other things to do. Either way, monitoring traffic is still is a fun thing to do. I get a kick out of seeing if certain terms can rank in Google.

With this website, I’ve come across some interesting and unusual results:

The screenshot above makes me LOL.

If I put a space between “Lunar” and “Log”, I rank #6 on an average Google search. Then again, I haven’t really tried to push this site.

“I don’t want iGoogle as my homepage.” LOL. I hate to say it but if you are typing that into Google, then you have some serious problems. Nowhere on my site do I even say that. So it’s completely mind-boggling how my article on setting up iGoogle as a homepage even pulls this phrase off the Internet.

“Transferring servers.” This is completely unexpected. In the course of humanity, how many people have typed in “Transferring servers” into a search engine? While it’s not “Tiger Woods” or “Miley Cyrus”, probably a lot. The more generic a term or a phrase is, the harder it is to get up there.

“Setting up an eStore.” Another generic technical phrase. Of course, I wanted this one to rank higher but I didn’t think it would climb to this point. It’ll probably go higher.

I’ve masked out a few of my websites. I still haven’t listed other ones. But you can get a brief glimpse into some of my sites (the Knol article shouldn’t be included.)

HDRSource took a slight tumble as I had some issues moving it over to the new server.

LunarStudio has always been high.

The thing to note is Lunarlog’s Visit percentage change. 317.50%. I’ll take it. It’s just going to continue to climb. I’ve posted a couple of links to my articles, but mainly the new server move combined with setup as well as occasionally turning out new articles is what caused this month’s spike.

I know that’s not a whole heck of a lot of visits, but for two days and not having tried – again, I’ll take it. You don’t know if there’s only one person coming to your website, or several hundred. Of course, popular websites can range in the hundreds of thousands.

New visitors are pretty good. I’m more shocked by the returning visitors as the number over half. That means that they’re finding something on this website useful which is good to know.

The average visitor stays 3 minutes. Which means that they’re actually reading something. Wow. Thank you? Now only if you people would start leaving comments! 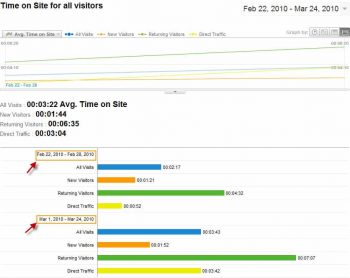 Another screenshot of the average time a viewer stays on this site. A few minutes is about the average length of an article so that sounds about right. What I find awesome is that the average viewer is now staying almost 2/3rds longer than the previous month.

This map is showing the amount of visitors by country based on their IP Address. It pretty much follows the “developed” world. Of course, english is my main language so I would expect traffic to be higher within the US. Plus I’m based in the United States.

Traffic from across two days. Most people are using Firefox. The rest of the browsers needs to be considered. The mobile apps such as Android-based phones – well they got cut-off here. I think there was one visitor from it. For now it’s not even worth putting efforts into designing this site to accommodate the more obscure browsers.

This graph shows the amount of data getting transferred from MaxCDN cloud servers for Lunarlog since it was implemented on this site within the past week. Basically, MaxCDN is hosting some of my content (mainly images and scripts) across the United States and in some foreign countries to help speed up my websites. I expect it to increase as it starts ranking higher.

This is a graph showing MaxCDN data transfers from their servers located in various cities. Their data center/servers in New York are getting hit the hardest. This NY server center also feeds the rest of New England.